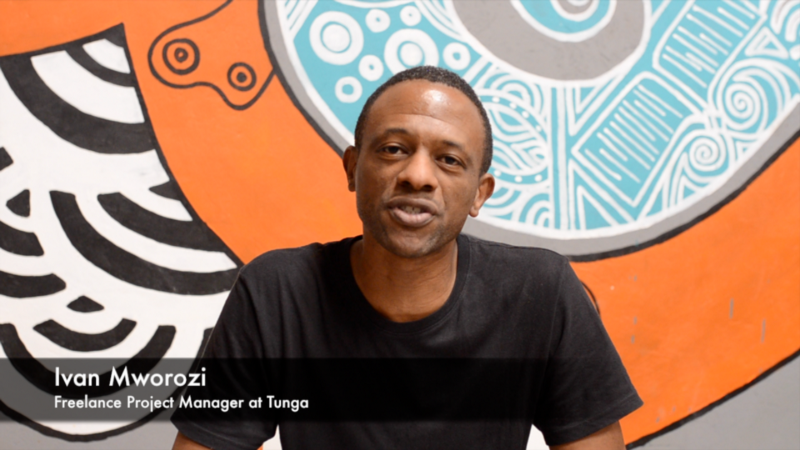 Gaspedaal was struggling to find good software developers in their home market. The leading Dutch car search engine turned to African developers to build their new iOS and Android apps. Starting out as a pilot, they now have an operational remote team of Ugandan and Nigerian software developers. As one might expect, this process was filled with unexpected obstacles and learnings. Especially as Gaspedaal had limited experience with managing remote teams. But now they feel they sort of cracked the code of how to make a remote development team work…

Initially Gaspedaal’s product development plans were hampered by the fact that good and affordable developers are very hard to find in the Netherlands. But then they found an untapped pool of software talent. That is to say, they came into contact with Tunga, an impact sourcing platform. Tunga focuses on African software developers. After doing some tests and then some more tests on one of their existing websites, they decided to go for it. And have their long-aspired apps for iOS and Android finally built. According to Matthew Morgante, one of the developers at Gaspedaal “this wouldn’t have been possible without the African developers from Tunga, who have enabled us to build an offering that our users have been asking for, and in a cost-effective way.”

The developers on the other hand were very eager to work on the Gaspedaal project. “There is a certain level of excellence and execution that comes from working with foreign clients”, says Ivan Mworozi, project manager at Tunga. “Being exposed to that is very healthy for developers in Uganda.” In addition, Tunga is a social enterprise that aims to address youth unemployment on the African continent. As a result, the fees that are being paid are a multiple of local market rates. Meanwhile, they are still being competitive on the international market.

For Gaspedaal’s product owner Michiel van Berkel the social impact focus of Tunga was an important factor in taking the leap to work with developers from Africa. A continent that is not particularly known as a breeding ground for techies. He was asked about his expectations and how they met reality. Van Berkel answered that he “expected the level of coding to be low, but the process to be smooth. In practice it was the other way around. The quality of the coding is really good, but in the beginning we struggled with the cultural differences in communication.” Gaspedaal became Tunga client in the beta stage. As a pilot client it contributed to shaping workflow and communication processes on the platform that bridge this cultural divide.

Van Berkel: “We dealt with these differences by introducing very clear rules and procedures. For example, we started doing a daily standup via Skype on a daily basis, to discuss progress and blockers. Also we have very clear definitions of the deliverables we expect, and a clear planning. As a result communication has improved greatly over the past months.” Morgante adds to this that “we learnt that we have to be really clear with the developers of what is expected and use detailed specifications. Basically we learnt how to communicate effectively with a remote team.”

When working with a remote team, removing all potential for confusion is crucial since a setup like this complicates communication on 3 levels:

Interestingly the need for this was confirmed by the developers themselves as well. They feel they can be much more effective when all room for ambiguity is removed. Joel Katuula from Kampala, Uganda was one of the developers working on the Gaspedaal project (PHP/Laravel). “On-boarding went quite smooth. The client was really friendly and it was clear what I was supposed to do. But sometimes it can happen that you have to put in a lot of extra hours. Because the client wants you to do something that he didn’t put in the requirements.” Using tools like Slack, Skype, JIRA and Confluence, Gaspedaal provided the developers with the organization required to make this remote setup work.

And it did. “We were extremely pleased with the end result”, says Morgante. “For a fraction of what it would have cost if we would have developed in-house here at TMG or with another third party service in Europe, we build an entire iOS and Android app requiring limited developer capacity. This is a huge positive win for us.” The app is now live and is in the top-5 of Dutch productivity apps in the app-store. Paying back the investment in development within 15 days (!).

The developers are also happy. Mworozi: “The Tunga team coaching the developers along the way is leading to a tangible improvement in their skills. That combination of being able to work for a foreign client and having Tunga’s local resources helping you be successful, you’re not going to find that anywhere, at least not in Uganda.” And perhaps the most touching remark about the success of this project comes from Katuula. He concludes about his relationship with the people from Gaspedaal: “The client has a great sense of humor. It’s not as if you’re working for a big boss, it’s like you’re working for a friend…” 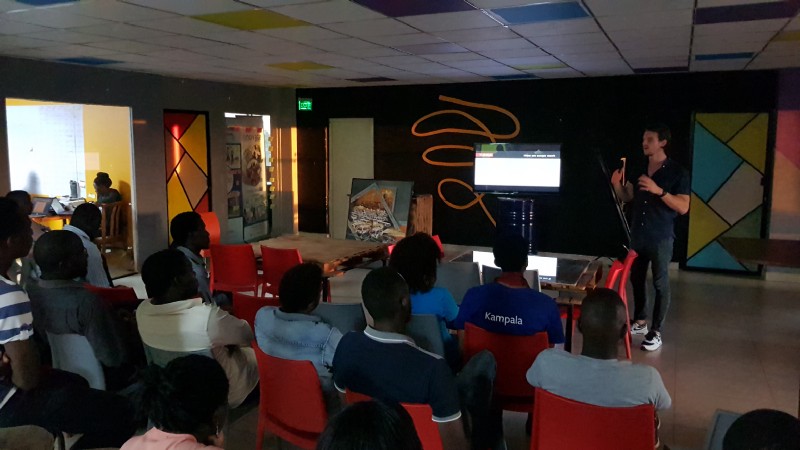 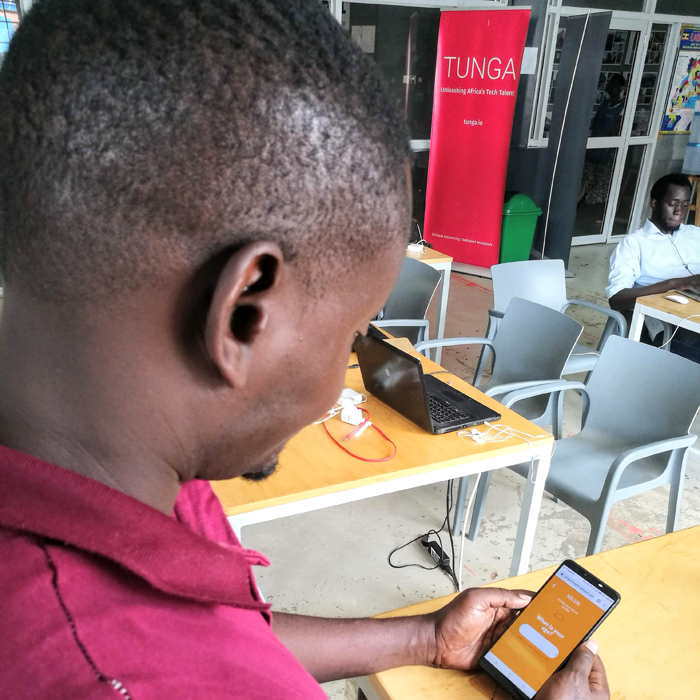 Niluk app built by Tunga devs: “A match made in heaven!”

Tunga has been working on the development of the Niluk app since the beginning of this year. Niluk is a mobile app to combat loneliness. Elena Köstler, the founder of Niluk, explains.